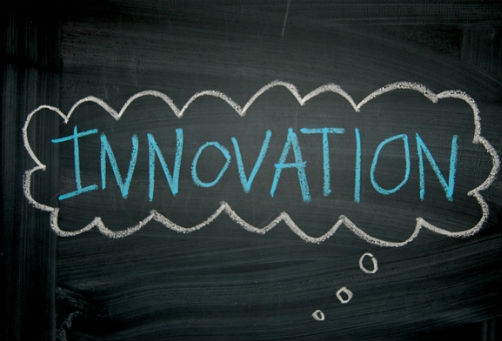 Change management and innovation go hand in hand. It is comparatively easy to innovate, but getting the entire organization to adopt that change is trickier, even though we all know that change is the only thing is constant. In an area like supply chain, where conformity is favored over individuality, it gets even more challenging.

There are many reasons for it, including:

So the critical task is not just innovating, but also fostering that innovation in a way that gains adoption. Without buy-in, it’s simply too easy to abandon a truly great and innovative idea.

I’ve experienced it in our business. For example, one customer, with the data center general manager acting as champion, bought and installed our product. A sudden management shift brought in a new DC GM and the product remained unused…and the potential for innovation was lost despite huge potential upside.

Another customer, on the other hand, installed the product and loved it. They asked us for more features, and they tweaked their infrastructure to get the most out of the solution.

Their feedback has helped us improve our product. And their enthusiasm was heartening too, as they told us how much better their work went. In the early days, adoption was a struggle, but the leadership asked us to do additional training and share tips and tricks. Eventually, everyone got on board. Older workers liked the improved ergonomics, and the ability to personalize the font size. Younger folks liked using familiar technology. Without the extra work, though, adoption might not have happened.

Any innovation needs tweaking and final touches to make sure the user experience is 100% easy and smooth.  That work can be done only by working closely working with the end users, listening to their feedback and incorporating their suggestions.

When Steve Jobs had the initial iPhone prototypes built, he started using it. Scratches on the screen annoyed him—and the ultimate design was improved. An article in Business Insider told the tale this way:

Steve had been using a prototype iPhone for a few weeks, carrying it around in his pocket. When his lieutenants were assembled, he pulled the prototype out of his pocket and pointed angrily to dozens of scratches on its plastic screen. People would carry their phones in their pockets, Steve said. They would also carry other things in their pockets–like keys. And those things would scratch the screen. And then, with Apple just about to ramp up iPhone production, Steve demanded that the iPhone’s screen be replaced with unscratchable glass.”I want a glass screen,” Steve is quoted as saying. “And I want it perfect in six weeks.”

Apple sourced the glass from Corning, an American company. To get product in time, Apple ended up working with a Chinese manufacturer to get a factory built, and to get a team of engineers to figure out how to make the new screens work.  Within weeks, iPhones were rolling off the lines. “Three months later, Apple had sold 1 million iPhones,” the article said. “Four years later, Apple has sold ~200 million of them.”

In this case, because it was a consumer product, the issues were easy to identify. However, if the company hadn’t done their work, the iPhone may not have become a household name all over the world. In the business-to-business (B2B) sector, where a product is very specialized, this type of iterative innovation is less common.

In the B2B space, then, it’s critical to have structure and process in place to get feedback from end users to support innovation and ensure proper change management to allow input to be incorporated. Without help, adoption can get stuck. This can take many forms, from a suggestion box or web site that collects feedback to longer user-input sessions.

Usually, IT and business groups are moving these processes ahead. The engineers are smart, but tend to make things too technical. Operation, meanwhile, adopts a Keep it Simple Stupid (KISS) approach that dumbs down everything. You can capture the best of both of these world’s by experienced operations guys or even consultants that have deployed many operational capabilities. They can look at the end product before deployment and provide feedback, discerning whether it makes sense for their users, before doing the department wide roll out. By addressing user feedback, this team can make the change management phase of the project easier, and smooth adoption.

Let us know how you’ve managed change in your organization, whether it’s your distribution center or your supply chain. We’d love to hear your thoughts in the comments section below.