How has Voice Changed as a Data Collection Technology? 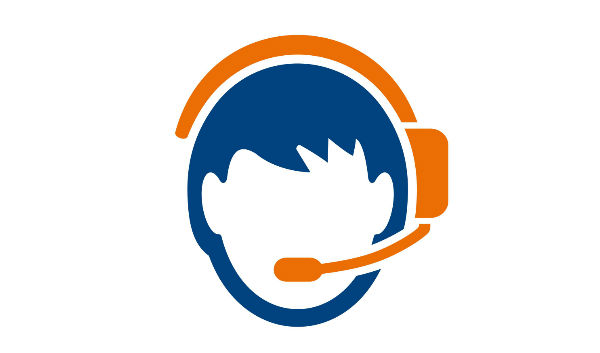 I still remember, it is so fresh in my mind, I was a developer that was part of the professional services team supporting the Warehouse Management iSeries deployment for our customers and I got this very interesting design spec that said Voice Picking. I got excited and I met with the Consultant/Business Analyst that was designing this system, I was educated on this new process, where in the users would talk to the computer, I asked him why the heck would a user want to talk to the computer? His response was because functions executed using Voice are much more efficient and the reasons are as listed below,

Cons with the RF handheld devices

In many distribution centers that switched from the RF handhelds to the Wrist Mounted devices with ring scanners, the pickers were not happy, they didn’t like the device strapped to their arm for the same reasons,

So this new voice solution vendor has promised multiple benefits

For these two benefits, voice is super-efficient. So this new Voice solution vendor had made a deal with the food distributor that was already our client and this voice solution vendor was paying for the project because it was sort of a pilot for the food distributor. I had just implemented a paper based picking process for the food distributor, the paper pick sheets were called Work Assignments, so each picker would pick a sheet or Work assignment, then go the different locations by looking at the Work Assignment sheet, then pick the product, and also write down the catch weight for items like Cheese where the weight was not always the same and then hand the sheets and the product to a person that would verify the work assignment. The problem with this process was the pickers were picking very fast, along with the speed came issues with accuracy, often there were mis-picks and also items that were reported as shorts, even though the product was available in reserve, because the system did not force them to go back and check one last time, that is the difference with picking though the mobile device or voice system, every pick needs to be reported to the WMS (Warehouse Management System) right away and validated, so the errors were caught right then and there, so there were no mis-pick and shortage issues. So, no wonder they agreed, because voice gave them best of both worlds, which is speed and accuracy. 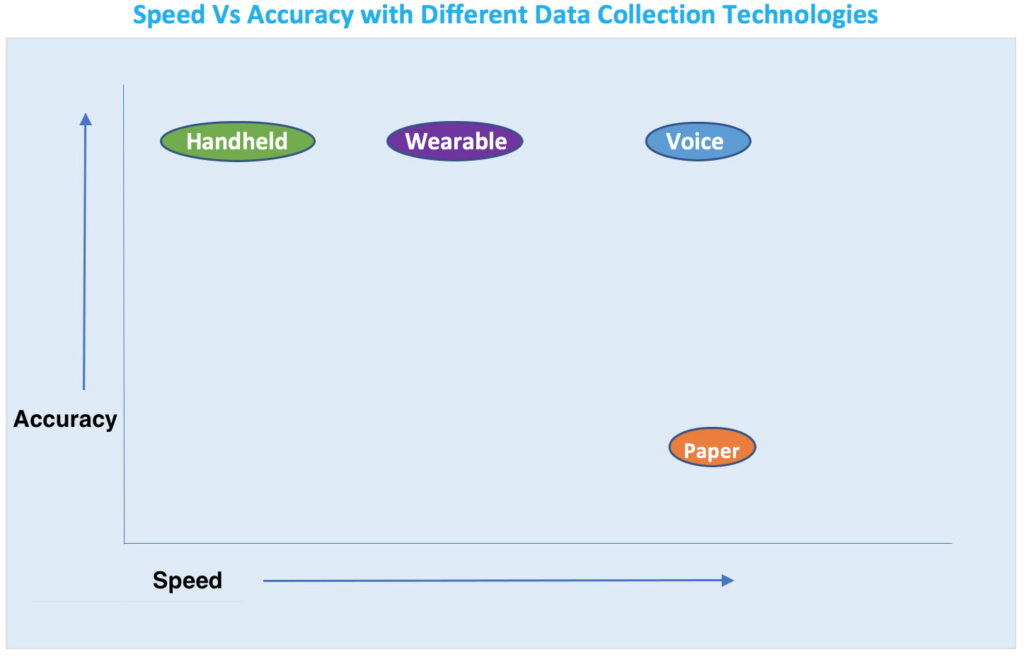 This was all great, it felt like Voice was the cure-all for all the productivity pains in the warehouse. I still remember I did a presentation on Voice Technology at our user conference Momentum in 2007 and there was a VP who jointly presented with me, who said their CEO wanted to make everything voice because the ROI was so much better.

After hearing all the great news about voice, when many DC managers actually looked at the implementation aspect of the voice solution, it was pretty expensive for the reasons below

Ease Vs Cost to Implement for Different Data Collection Technologies 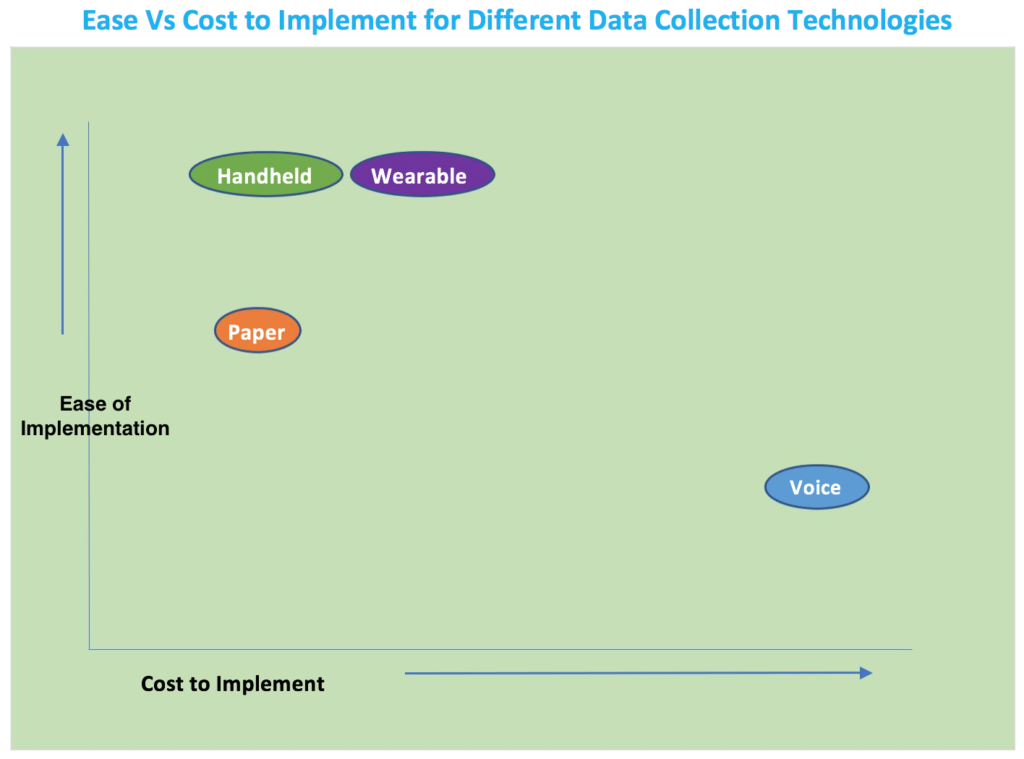 So overall voice was very expensive and also it took a while to get this implemented.

After finding this out, I got a chance to talk to some of the DC managers that had already implemented voice, and wondered how are they faring? Here is the feedback

HOW HAS THE VOICE TECHNOLOGY IMPROVED NOW?

The consumer mobile devices have changed the game big time for the enterprises. The purpose-built devices don’t really have a strong reason to be bought any longer, except the powerful scanning technology. The consumer devices have the following advantages over the purpose build voice technology,

With many WMS(Warehouse Management System)s becoming highly configurable and flexible, they can be easily configured to work with Voice solutions and don’t require any speaking. This eliminates the need to speak to the voice system, instead the inputs are provided through the scanner, by scanning relevant barcodes, which works perfectly in a noisy environment. This also eliminates the need for check digits, because the scanners are used to scan barcodes, it is faster to scan barcodes rather than speaking check digits through the Voice system. Also some WMS systems have built in voice interfaces, so there is no need to build this interface from scratch. http://www.manh.com/products/warehouse-management

Voice solutions are becoming plug and play, because with consumer devices running some highly sophisticated Terminal emulations that are so easy to use with soft overlay keyboards and communication capabilities, it takes only few minutes to connect the devices to the WIFI network and also configure the voice solutions leveraging the latest sophisticated voice engines that convert the text into speech and are ready to go. These voice solutions work through the terminal emulation software, so there is no extra software that is needed in the middle to connect the consumer devices running voice to the host computer that is hosting the WMS(Warehouse Management System).

Also now the systems have gotten so mature, a single device can be used for scanning and voice purposes. A user can use the device to perform a function using scanning in a different department and then can go to the picking department, wear his/her voice headset and start picking using voice, using the same device.

Cost of the Voice Solution has come down significantly

So if you are using a template based voice system that you implemented in the early 2000 or 5 to 7 years ago and feel that you could save a lot more by upgrading, you are correct, you should really check out the latest voice solutions that are available. What are your thoughts? Please share them in the comments section below.

Originally published at Smartgladiator.com on Aug 21, 2017.