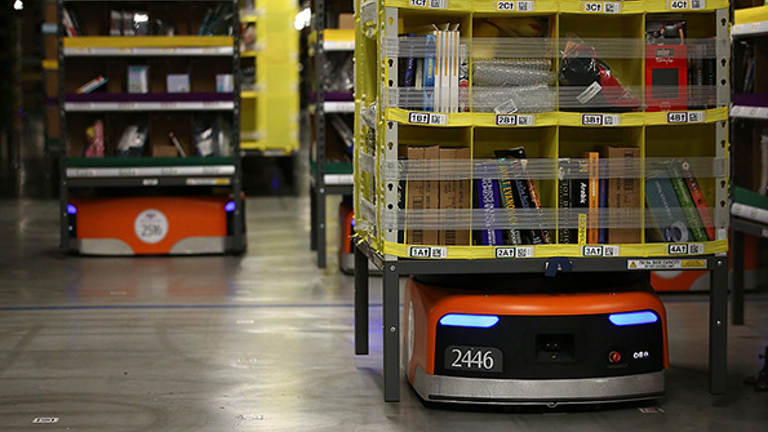 During a couple of recent trade shows and conferences, I heard some intriguing presentations on how robots taking over warehouse worker jobs. By many accounts, venture capitalists are flocking to fund these companies. Naturally, I wanted to get a reality check from real end users and decision makers. I wanted to know, if they had decided to move to robotics, about the return on investment (ROI) they expected, as well as how they built their case and sold it to management.

Recently, during a client meeting, I asked one data-center (DC) manager, a really smart guy, about what he thought about the idea that robots would replace people. This DC is located near Boston, so worker costs are high, about $19 per hour. He also had many long-tenured workers, making them even more expensive. I figured that the hype and buzz about robots would be exciting for him. Imagine my surprise when he told me that a deployment of robots would cost nearly the same as human workers. Instead of paying supervisors to manage people, he would have to hire programmers to manage the robots—and those professionals come with a much higher price tag, with salaries in the six figure range rather than $40,000 to $60,000 per year for a warehouse supervisor. However, one programmer could manage more robots than a single supervisor with employees.

Next, he turned to the question of the way that work ebbs and flows in most warehouses. With humans, he can send people home or give people more hours depending on how much work there is to be done. Meanwhile, the deployment of robots carries a high initial price tag.

Just the same, he admitted that he would at least consider robots the next time he has to deploy a new conveyor or material handling equipment. Robots can be easily configured and/or programmed to perform different functions, a reality that is helpful in helping organizations evolve to work with changes in business

Especially in the supply chain, organizations distributing products need to regularly evaluate their businesses including technology, people, and processes, every five to seven years at minimum. Added to that, customer whims are changing at an ever quicker pace, requiring OEM’s to act even more quickly than ever before.

For businesses trying to react to peak holiday seasons, robots may offer a compelling argument, compared to hiring temporary seasonal workers. Margins become critically important, but the need for efficient and effective customer service, as well as timeliness, remains as important as ever. Often, warehouse managers call “all hands on deck” to get through the rush weeks or hire temporary workers. Some retailers have tools that are used only during holiday season by temp workers. It would be important for organizations to weigh the pros and cons of how robots might or might not help scale up during a peak.

I finally concluded after this conversation that there are no easy answers. What do you think will happen? Will robots replace human workers in the warehouse? What do you think you’ll see in your supply chain? Let us know in the comments section below.