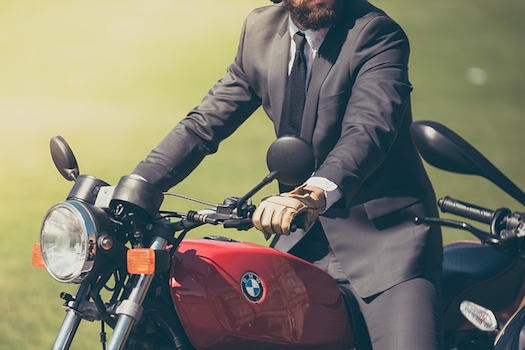 Sometimes, a regular day sticks in your memory. I still remember one typical Monday. I woke up at 3:00 AM, packed a week’s worth of clothes, kissed my wife and child, and got on the road to go to the airport. On the freeway, I saw a guy on a motorcycle, who took off with a sudden burst from the streetlight. He was faster than me, but the burst of energy was contagious. When you go to work early, there’s an extra dose of energy, especially if it’s before dawn. You are feeling great and ready to conquer the world. There is no better way to start the day.

My regular travels started when I was part of a project for a deployment in Cincinnati.  I found myself emulating a colleague Ben, who learned a lot from his military trained father.  Ben’s dad told him to maintain certain standards: dress impeccably for work; run for 30 minutes each day; and maintain an immaculate and clean shaven appearance. Ben always suggest we leave early, pickup up a good cup of coffee, and get to work by 7:00 AM.

Cincinnati is a great blue collar city. It was winter so the road was full of ice and salt. All the cars and trucks were rusted on the bottom from the salted road. We’d head to work and be the first ones in the office—and we got a ton of work done. We even sometimes got so much done that we got to leave early.

It taught me that there are two ways to live. You can go with the flow and have a decent life: a decent car, decent home, decent accomplishments, decent bank balance, decent retirement fund. It will be an average or slightly above average. You can also live a crazy life. Who knows what will come of it? You try to change the world. Sometimes you’ll fail, but sometimes you’ll succeed. You might or might not have all the stuff that comprises the decent life. In the end, though, you’ll know that you did everything you could to make a difference.

It’s an idea that was exquisitely verbalized by author Jim Collins, who writes about what makes companies great.  He said that, in the long run, life is much more fulfilling if you can create a product, solving a problem, do good, organize people to pursue big hairy audacious goals (BHAG’s). In the process, you may create a great company. Obviously, it is easier said than done.

Passion and attitude are the key ingredients in accomplishing BHAG’s. It reminds me of a story a friend told me. Each day, when he arrived at the office, he would see a guy, who came to work each day, perfectly dressed in a well-pressed suit. My friend dressed more informally, since, as a technology specialist, what he wore didn’t matter so much.  If he solved the problems that were thrown at him, he got a good performance rating.

My friend mustered by his courage and struck up a conversation with this guy in the suit, complimenting him on his style. He asked the guy about his job, asking what he did. The guy replied that he called prospects and his job is to sell the product. He further explained that when he dressed to boost his own confidence, knowing that it showed through his voice when he made his calls.  He had figured out that the prospects responded better for that extra confidence and energy. He stood out from the crowd in terms of energy and confidence, and it opened doors for him. He finished the conversation saying that “Attitude is everything.”

I learned a lot about sales from author and speaker Grant Cordone. He told a story to demonstrate his impatience to be successful. He said that he drives fast, and gets pulled over a lot. It happened so often that he asked the police officer if there was any way to get a speeding ticket pass that would allow tickets to be issued automatically, so he didn’t have to waste time waiting for the officer to issue a tick. It was slowing him down on his way to making millions, he said.

So, are you racing to work? What gets you excited? Are you inspired the BHAG’s of your organization? What do you do to instill passion and discipline in your team? Let me know your thoughts in the comments section below.