Is Your Distribution Center an Inviting Place for Millennials? 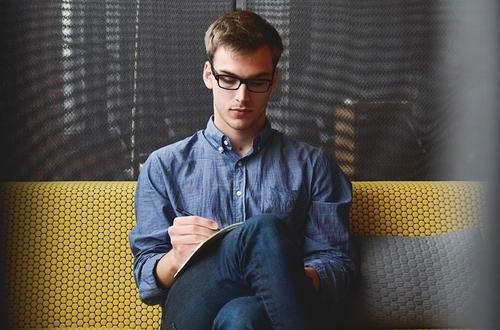 I was talking to a distribution center manager recently and he shared a recent story of a strange and unique event in his 25-year career. He got a call from the mother of one of his temp hires questioning why the temp hire’s performance feedback was “not outstanding, instead it was just very good.”

He had hired this kid recently for a team lead position As a worker, he was good, picked up the systems pretty quickly, followed instructions, completed his tasks within the given time, etc., but still he was just a temporary hire. In fact, the company has a policy of hiring temps and testing them for three months before converting them to permanent employees. At the end of one month, the warehouse manager gave feedback to the kid and the overall feedback was positive. Although the kid performed great, the manager wanted to be a little cautious as he wanted to see the performance over a longer term and the kid was still a temp anyway. The manager’s conversation with the young person went well and he thought everything was good. However, the next day he got a call from the kid’s mother, who demanded an explanation as to why her son had gotten a “Very Good” rating and not an “Outstanding” rating. Not only that, she also added, why hasn’t the company upgraded its technology, which is slowing down her son big time?

Who are millennial’s? Millennial’s are individuals born between 1984 and 2004. It is important to pay attention to millennial’s because they are entering the workforce in big numbers, creating paradigm shifts in the work place and behaving almost like a different species. They are technology savvy, technology dependent, and very creative. They are not ready to blindly pay their dues on the career front like the Baby Boomers did. They also have hovering helicopter parents within reach through their mobile devices, parents who are involved in every aspect of their lives. So, don’t be surprised if your next twenty something new hire brings his mom or dad along with him so the parent can understand the nature of the work the new hire is going to be doing.

Here are some key characteristics of millennial’s:

Clearly, it’s important to understand what might make your distribution center attractive to millennial’s. However, we also need to go the extra mile and see how those skill sets can be leveraged to improve the organization’s bottom line.

Embracing innovation and creativity in a democratic manner gets millennial’s excited. Organizations can go a step further and reward innovation that solves problems in ways that results in better ways of doing work, in cost savings or in improving the workplace generally, making the work place better in general.

Let me offer one example that I experienced during a product introduction we did. A millennial supervisor on the evening shift of the warehouse made a slight change to standard procedure. Instead of walking next to his employees, who were pulling cases from reserve locations in their trucks, he instructed the operators to record themselves using our devices and app for 30 minutes. Later, he observed those videos and critiqued constructively to help operator employees do their job better. The operator employees were filmed performing in reality, without a supervisor breathing down their neck, and the supervisor was freed up to focus on other tasks. Identify such opportunities and reward creative use of technology to set an example that the rest of the organization can follow.

Forward thinking leaders have already started doing this, especially in large organizations. CIO’s are buddying up with freshly minted college graduates so that they can help each other. While the experienced senior manager provides career guidance to the fresher, the fresher shows the senior manager the trend among the younger crowd. Mark Zuckerberg, CEO and founder of Facebook, and Donald Graham, CEO of the Washington Post, are a great example of a power mentoring relationship as they both gain a great deal from their relationship with one another. Early on in his tenure at Facebook, Zuckerberg turned to Graham for advice on being a CEO and Graham received the benefit of Zuckerberg’s expertise on social media.

Involve millennials in technology selection, especially when they are the key users

Companies have already started doing this, by letting employees choose the laptop they would like to use, as one example. The phenomenon is upending the corporate market, which has traditionally hinged on electronics makers cultivating tight relationships with IT departments. Dell, Hewlett-Packard, and Research in Motion (maker of the BlackBerry) have long dominated the workplace, but Apple and its consumer-friendly blockbusters, the iPhone, iPad, and MacBook have made major inroads as popular choices with the newest generation.

Also a variety of online services that were originally aimed at consumers are crossing over. Google is hoping that people using its Gmail and Google Docs products will produce a guerrilla movement inside corporations strong enough to displace Microsoft and its Office suite of software. Skype, the Internet calling service that started as a way to call friends at no charge, is pushing into the workplace. Dropbox, originally pitched as a way for people to store and share personal documents online, has also gained a foothold in businesses.

In Command Wearable is one another technology that is millennial friendly. It is a ruggedized consumer electronic device for use in enterprise environments as an alternative to the rugged wearable computers like Motorola WT4000 and Honeywell LXE HX2. In Command Wearable has a consumer electronic device, a proprietary ergonomic rugged enclosure, and intuitive set of apps to enable the consumer device to be used in warehouse and distribution environments. The first generation of In Command Wearable uses Apple iPod Touch generation 5 as the core computing device paired with a Bluetooth ring scanner for data capture. By getting younger workers involved in technology selection, organizations can settle on devices that these workers like and use intuitively.

Let us know in the comments section below how millennial’s are benefiting your organization.