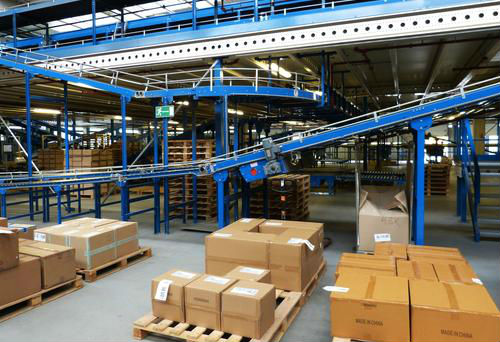 A few years ago, I walked into a distribution center in Baltimore that could only be characterized as a dump. I didn’t say that out loud, of course, because I didn’t want to offend the managers and executives there, nor did I want to tarnish their first impression of me. Executives do want to know the truth, but they also want actionable advice on how to fix it so it’s not something to mention at a first meeting.

The company planned to overhaul its supply chain infrastructure. They had just welcomed a new vice president of distribution and logistics, and that person had hired a director for the distribution center. They had set aside budget to support a much-needed revamp of systems and processes. Better still, they had garnered support from the IT folks.

We were there to kick off a long-overdue upgrade of the warehouse management system (WMS). We went through an end-to-end design, customizations, end-to-end testing and finally turned it on. The new leaders had a strongly shared vision and clearly emphasized the need to inculcate discipline with processes and systems. The vice president wanted to leverage all the checks, controls, and balances in the system to keep his operators doing everything within the system. He pictured a warehouse that operated like a well-oiled machine.

Before the upgrade, it was common practice in the warehouse to take inventory from any box and ship the order because the order had to shipped. They didn’t report that inventory that was taken from the different boxes, so that circumventing the system was a constant practice.

We recommended doing a physical count of all inventory. Unfortunately, the warehouse personnel skipped that part, ran the inventory conversion process and loaded the inventory from the old system. When they turned on the new system, it directed operators to pick from locations that, in reality, had insufficient stock (remember the willy billy picking system mentioned above?). They were literally running in circles chasing their tails, unable to fulfill orders completely. This went on for weeks and orders were routinely late.

The DC director called us for help fixing the inventory mismatch/discrepancy. We immediately understood the problem: Garbage In, Garbage Out. Again we recommended a physical count, and this time they complied. In the end, after the count, they found that there was a staggering 40% discrepancy between the systemic inventory and the actual physical goods sitting on the floor.

All this boomeranged into a daily exercise of fire fighting. To fix it, the DC Director overhauled his team, chose the best and the most knowledge-able players and then started with a physical count of the entire DC. They spend a week just counting and verifying the count.  They made sure that every SKU was located in the right bins and reserve locations. Once the inventory count was corrected, they trained the operators to follow the system diligently with military precision. They also installed pictures of the actual on the bin shelving, to ensure that the pickers picked the right product and double-checked it against the picture and that replenishers put the correct product in the right bin locations. Finally, if there was any confusion, there was a clear process to escalate the problem to a supervisor without delay.

It was a hard and long road to get the team to follow the discipline and systems diligently. Also, they instituted a daily cycle count process. A cycle counter would count locations on a daily basis in the third shift. Further, correct behavior was rewarded and mistakes pointed out. The focus was not just shipping orders, but ensuring the processes were executed diligently from end to end without shortcuts, to maintain accuracy of both inventory and orders.

Now a few years later, they have a great DC, in a new building with very good infrastructure and disciplined operators. It supports a growing business with multiple new partnerships. The success can be traced to implementing a good combination of technology and clearly-defined practices. It was exciting to see they deploy our devices and also hear great feedback from the pickers on our devices.

How do you exercise discipline in the inventory control groups within your supply chain? Let us know in the comments section below.