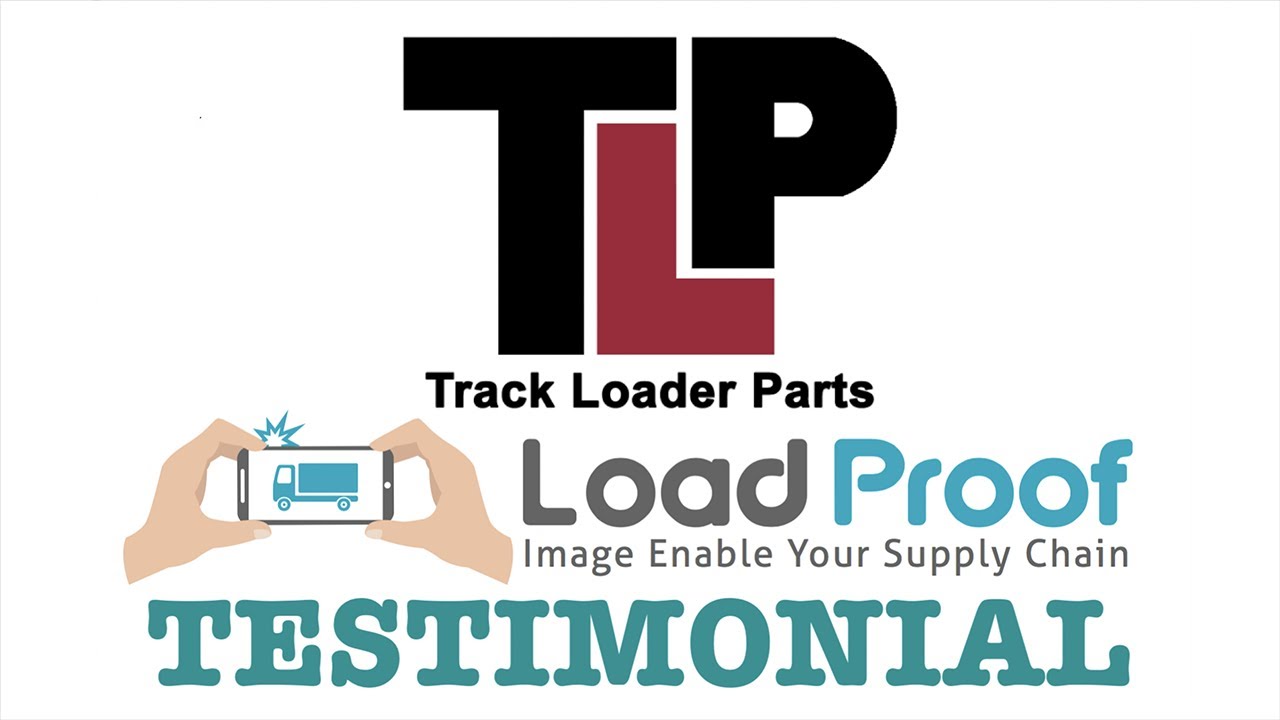 “Before the way our system is set up I’d never really know which one of my warehouse associates pulled the order, who acted and who shipped it. So there was no accountability as far as someone is shipping the wrong part or shipping the wrong quantity. But now that everyone has a username. Once we go to that picture we automatically know who took the photo of that shipment and who was responsible for making sure that shipment went out correctly so we’ve really seen improvement  in those three aspects of business”. – Dan Wintemute – Operations Manager – Track Loader Parts.

Correct, we needed a way to document what items we were shipping out. We have a multitude of items in our warehouse over 50,000 lines.

So, knowing what is picked and what actually was sent to the customer is very helpful, especially if they received the wrong part or if we pulled something incorrectly or if we were missing parts out of that package we can go back to reference that. So we take replenishment photos of all of our shipments that go out. With LoadProof it gives us the documentation to assist the customer.

If there’s an issue before LoadProof we were using cheap disposable cameras with a little camera card in them and someone had to be responsible for getting all the camera cards at the end of the day, uploading it to a network drive. It was a little cumbersome to do that and then if anybody wanted to reference that they had to be in the office and have access to that drive and wait for the drive to upload it was kind of slow so there was a lot. There’s a speed issue that we were having. It was an organization issue as far as just being able to find the photos because they weren’t named. The camera did a default name and with hundreds shipments a day we’re not going to go back in and rename every photo, so we really like the accessibility of LoadProof, and we like the fact that we’re able to reference a multitude of numbers or categories for each photo which makes it really easy to find them.

Yes, great thank you very much for that response and yeah organization efficiency, accessibility and you have multiple people access all the records in one centralized location versus having the photo spread all over the place. Looks like a lot of time spent on Storing the pictures.

Yes, you know, like saving a lot of time spent on labor.

Yeah, reducing those steps in the process.

Great that’s what we’re looking to achieve you know saving time and money in the end and you know improving those areas.

So, the second question you know it would be where did you first hear about us, what would you have caught in your eye regarding the load crew and picture your interest. What was the deciding factor for knowing us?

I got an email. I forget if it was external or if there was an internal reference where someone had forwarded it to me and it was mentioned as Smart Gladiator, I think it was the name and no gladiators that I had seen before as part of a warehouse management system. If I remember this caught my eye because we were looking to get a new WMS or TMS system as ours was a little cumbersome, so I explored into it and then just having the photo program was kind of a perfect match for what we’ve been looking for a few years now. We’ve been wanting to have something where we could take a photo and name the file at the same time because this has been going on for four years now, and we’ve been dealing with this so it just kind of bent right into place with what we had been looking for quite some time.

Oh, that’s great thank you very much. Yeah! so you’ve received one of our marketing emails, and they caught your eye.

So it’s kind of like that they’re power supplies for many different applications.

But, so I’d walk from one end of the building to the other end take the photos you know walk back to my desk. Luckily you know maybe I would be stopped and you know some they would ask me some questions you know customer service related questions so that would take even more time.

If someone were to stop me and engage me in the conversation then I would go back to my desk, plug it in with the USB port and rename the file and then resize the file. Sometimes I would have to edit it in paint. If there were multiple files that I would have to compress it in the file so it was just a nightmare and I wish I had something like this in my previous job, and that would have things greatly and you know now naming the file as you’re uploading it just helps the pain in the butt when you’re doing hundreds of photos.

So we went with the alternative where we just didn’t name. Every day we had to create a new file folder for that day and then put all the photos into that file folder and then if one of my customer service team members wanted to view those photos of customer and when the customer calls them with an issue they would have to start at the first photo and then go all the way down in the photos until they found that shipment. Because it wasn’t on their computer, it’s a network drive it means that each photo had to show up or render for them, to see what it was so it was like clicking and waiting three seconds.

Yeah and there’s a hundred of these things every day so they might be going to take photos before they actually find what they’re looking for. I mean a difficult process. It worked but it wasn’t ideal. It was very cumbersome to take the picture of the packing slip also, and then they took the picture of the order. So the way that we would know what the photos are in which order, where the photos were associated with is, you’d have to find that packing slip and then take two or three photos immediately after that because they went with the order.

But LoadProof works much better just being able to type in the order number because that’s how we label and upload with the order number and bam everything automatically appears on the website it’s clear you don’t really have to wait for anything to load it just works.

Great, that’s great to hear. So the next question here that I have, what results did you achieve from knowing how to work with us? You know how you would describe the transformation also and what areas of your business life improved and by how much ?

We had an efficiency improvement strategy on not having the labor involved in having someone upload the photos and maintain them. We’ve had a customer service improvement because my guys are able to access the photos faster, we improved our quality control and we’re able to take accountability for the photos as well.

Before the way our system is set up I’d never really know which one of my warehouse associates pulled the order, who acted and who shipped it. So there was no accountability as far as someone is shipping the wrong part or shipping the wrong quantity. But now that everyone has a username. Once we go to that picture we automatically know who took the photo of that shipment and who was responsible for making sure that shipment went out correctly so we’ve really seen improvement  in those three aspects of business.

That’s great and I bet, that also helps in reducing the confusion with people, who took these photos or who was involved in this job and there might be.

Okay and thank you very much.