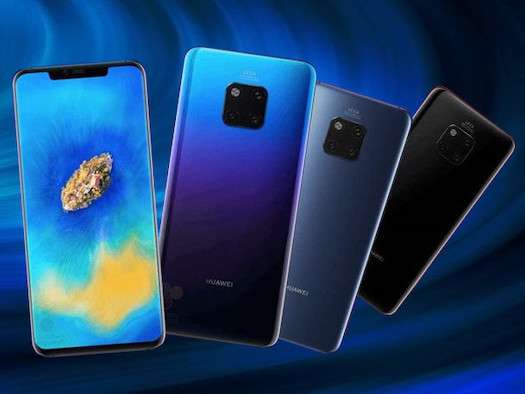 The market leaders have evolved rapidly. It can be argued that U.S. innovators conceived of the smart phone, while the Koreans (specifically Samsung) came up with leading Android-based devices. Now, the Chinese are making these devices even better. Of course, at the end of the day, if all goes right, the consumer is the real winner.

A look at history

There have been some shining moments in the enterprise smart phone evolution, or perhaps better called revolution.  In 2005, the Blackberry on someone’s belt or in their hand was a sign of fashion forward, technology savviness. It carried an air of authority, power, and accomplishment in the organization. Later, Apple came on the scene with the iPhone and everyone wanted to use it on their enterprise. Blackberry still had an upper hand since iPhone users could install apps easily, while Blackberry owned its own proprietary network focused on security.

AirWatch, which was a critical piece of Blackberry security, created mobile device management (MDM) software aimed at supporting the huge push for enterprises to allow Bring Your Own Device (BYOD) options to iPhone users safely and security. The company, started by John Marshall and Alan Dabbiere of Manhattan Associates, has been wildly successful. In February 2013, AirWatch secured one of the largest Series A funding rounds in history at $200 million. One year later, AirWatch was acquired by VMware for $1.54 billion.

As the market evolved, Blackberry almost went out of business. Now, however, under the leadership of John Chen, the company is making a turnaround. Chen came in and figured out that Blackberry’s core competency is actually secure network. Now, the company is working with automotive manufacturers to deal with upcoming challenges including self-driving cars and connected vehicles, as well as shared car services such as Uber and Lyft. No one can argue that a secure car is critical to success in the market.

Now, let’s turn to the current state of the smart phone market. The latest sizzle in the market is from Huawei with its Mate 20 Pro phone. Reviewers have loved it.  I believe that one of the critical features the device offers is fast charging.

I, and others watching the market, thought that fast charging would be real in 2016 or 2017. Samsung’s battery exploding fiasco slowed down the technology, and it languished. Even Qualcomm failed to come up with fast charging innovation, unless you count some marginal improvements.

Now, Chinese smart phone makers, including Oppo, Huawei and One Plus, are putting this at the top of their feature list. For example, Huawei Mate 20 Pro phone charges to 70% of the battery capacity in 30 minutes.

Things have started heating up since then. In February, Qualcomm Technologies announced its Quick Charge technology for wireless power. “Characterized by fast and consistent mobile charging, the over 1,000 commercial Quick Charge technology-compatible mobile devices, accessories, and components are equipped with unique safety and intelligence features that are designed to minimize the amount of wasted energy and heat build-up on-device, and maximize the battery’s lifespan, ultimately protecting and improving consumer’s devices,” the company said.

I think that fast charging technology has a lot of promise, not just for smart phones but for handheld and wearable devices all over the enterprise, including the industrial wearables used in warehouses, distribution centers and manufacturing plants.  What do you think? Will fast charging impact your supply chain? Let us know in the comments section below.

Originally published at Smartgladiator.com on March 26, 2019.